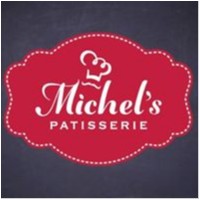 Reviews from the web

Michel's Patisserie Penrith joined our Mission to help provide access to “Clean Water for All by 2030”. This Mission was initiated by the United Nations.

A big thank you to Michel's Patisserie Penrith’s team and customers for joining this extremely important mission on 06 December 2017.

Michel’s began with a passionate European pastry chef. His vision: to share with Australians his love of exquisite cakes and pastries from the northern hemisphere. Michel Cattoen started small, baking delicacies for a select group of cafes and restaurants in 1982. But as his reputation flourished the business grew and naturally his irresistible range of gateaux, fruit flans, quiches, pies, cookies, cakes, croissants and danish pastries needed a bigger stage.

National expansion was undertaken in 1990 and in 2007 Retail Food Group (RFG) acquired the franchise network which now operates more than 250 stores across the globe. In 2013 Michel’s Patisserie underwent the single biggest transformation in its history to bring forward its French inspired heritage. With an exciting new store look, brand livery and delicious new Patisserie products, Michel’s Patisserie continues to be there for every occasion.

We can't wait to see every person have access to clean water as soon as possible.

Michel's Patisserie Penrith 's Care Network
To give the voiceless a voice in support of ending water poverty - it's free.